I’m really not sure how many people read this anymore, I realise the posts have been patchy at best… padded out with photos and so on. It’s not always easy to find things to talk about on this journey you know. I’ve guessed that once we’ve added some photos and appropriate tags to Instagram it feels like everyone probably has a reasonable grasp on what we are up to and the blog borders on redundant.

We haven’t talked much about our vehicle either, there isn’t a great need to I guess when it remains such a faithful companion… that can change at any moment though so who knows, maybe I’ve just jinxed it! We are maintenance mad and obsessive with tyre pressures and daily checks, it pays in spades. Just yesterday we spent some time at Land Rover in Bangkok to purchase oil, oil filter, plug and a new bonnet catch and switch. Ol’ Orange is now suitably fitted out with new parts and brimming with fresh oil. We’ve been a bit lax with some things, namely the issue where the alarm goes off at random because the car thinks the bonnet is open haha! It’s been doing it for about two years but now it’s like new again. We have made changes to some of our equipment since Africa in 2012 and will likely make one detailed and vehicle focused post at the finish line when we know for sure that everything has worked to its fullest potential. We have even more changes to make after this trip! That must mean there is another in the pipeline… ?

I’ve said it before but I’ll say it again, this route has been kinda lonely… lonelier than Africa anyway and certainly without Frank’s love and affection (and stinky breath) to cheer us. It’s also fair to say we are the misfits of the overlanding world, pretty much always have been! It never fails to amaze me how willing people are to offer their opinions on our vehicle, often ill informed or just plain old sanctimonious. It gets me down but luckily bounces right off Richard… every time we have to smile politely and nod along with the judgement being handed out it just makes us more determined to carry on. I was looking at continents of the world the other day, by Christmas/New Year this beloved vehicle of ours will have covered 4 of 7 and that determination I mentioned earlier will help us complete 6 continents, just you wait and see haha!

One crucial change for the future is how to accommodate our furry friend Frank, I can’t leave him again for this length of time… not bringing him to Asia has been immensely difficult. We have missed him desperately and for me it has affected my ability to fully enjoy the ride. These are entirely selfish thoughts of course, Frank is probably the happiest he has ever been living on the beach in Auckland and this is exactly why I sent him ahead instead of bringing him with us.

So what else have we been doing? Heaps! It feels like last week that I posted about our break in Phuket and heading off in to the jungle for a few days! We had a really really great time in Laos, for me the best country on the route by a long way. So beautiful, so genuine and authentic. We headed north east from Vientiane, via the Buddha Park which was really great and on towards Phonsavan and the Plain of Jars. Typically we much more enjoyed getting drunk with locals and other tourists at a late night cafe than the Plain of Jars itself but at least we are honest about the fact we are terrible tourists. We’ve always enjoyed the social element of travel more than the sightseeing.

From Phonsavan we headed south on this nice little route that Google Maps suggested, why wouldn’t you take it when it’s almost 100km shorter than the alternative… we can give you many reasons why it turns out! When you’re driving along a beautiful new road surface and eventually notice there are no cars coming in the opposite direction you start to wonder what lies ahead. Mwahahaha! Land slides, destroyed bridges, mud pits, vertical drop offs in thick thick cloud… you name it. The “road” was so bad we had to stop, sleep the night and carry on the next day. It took a full afternoon, a nights sleep and all of the next morning to cover roughly 200km’s and we loved every bit of it.

At the end of this road we found Cool Pool spring for a much needed swim and then 2 gloriously relaxing nights at Kong Lor Cave. Then past the Limestone Forest back to Vientiane where we tried and failed to cross the border in to Thailand.

After a couple more nights in Vientiane we went back north past some of the jaw dropping scenery we had enjoyed on the way down from China previously. I specifically chose a camp area in the mountains that offered staggering views but also refreshingly cool air which we relished for the short time we were there. Then on to Vang Vieng where we came across a little camping gem and spent three nights melting in the heat and moving our bodies as little as possible. By the third night there were 6 overlanding vehicles there of all shapes and sizes, all of us trying to figure out how we would get to Thailand when we really shouldn’t be able to.

The uncertainty of being in a country where you can’t easily get your vehicle out again is too much for me. I like to know where we are going next and how we get there… this is not how it works in Laos at the moment! After considering all the options we made another attempt at the Vientiane border and after being rejected a second time and with yet another cancelled immigration stamp in our passport the customs chaos did a sudden and unexpected 360 and said they would allow us to pass… a second stamp in the passport, a couple of customs documents for the car and we were sent on our way speechless and disbelieving at what had just happened. It was about 24 hours before it really sunk in!

We have been busy little bees ever since, putting distance between us and border customs as quickly as possible! We headed north to Chiang Rai, Pai, Lampang and so on. We chose some small roads hoping to find some adventure but everything here is so beautifully paved, it’s a nice change from the road craters of Laos.

And here we are, slightly shell shocked and baffled after a visit to Walking Street in Pattaya. Sleeping in the tent at Plodd Stop with our little USB fan and headed for the west side of Bangkok tomorrow to start heading south once again.

We’re coming for you Frank! Promise! 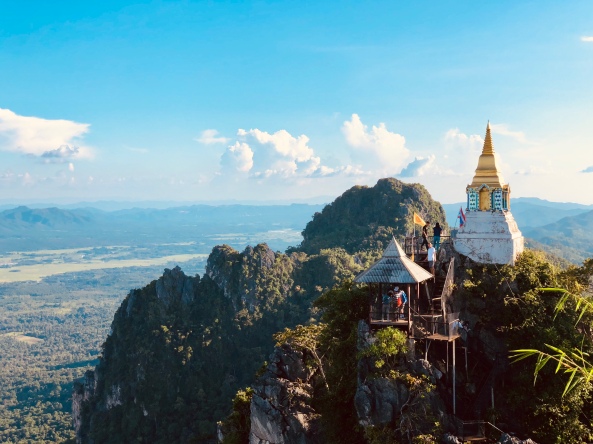 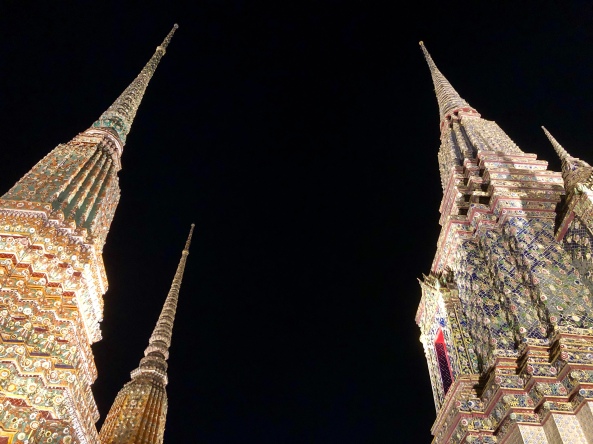